Queijo Coalho/ How To Cook Coalho Cheese on a Stick

Queijo Coalho/ How To Cook Coalho Cheese on a Stick

Queijo Coalho/Coalho Cheese on a Stick 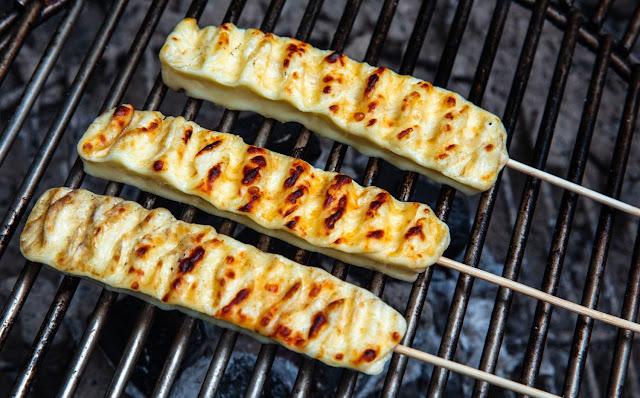 ‘Queijo Coalho’ is cheese on a stick. Queijo coalho is very popular in the North East part of Brazil, in particular in the Bahia region where it is said to have originated from.

Queijo coalho is a firm cheese that doesn’t melt quickly when grilled. This cheese can be found in specialist South American/Brazilian stores.

It is a popular snack sold on a stick by vendors on the beaches in Brazil. The cheese is browned in handheld ovens.

500g of Coalho Cheese plus 6 sticks

If making the cheese sticks yourself - dice the cheese into cubes of 1 inch squares. Slide the cheese cubes onto a stick (the sticks need to be a minumum of 1cm thick, otherwise they will snap easily when grilling). Grill the stick of cheese until browned on each side. When ready to serve, sprinkle over some dried herb oregano. As easy as that.

Bill says: “This is a great snack, especially on the beach with a cold beer or the Brazilian fizzy drink - Guarana. Brazilians like to grill their queijo coalho over the BBQ. Sprinkle some oregano over your stick of cheese – just delicious.”